Farmors kanelbullar and an excursion into a wildness

It has been three amazing weeks here in Sweden and tomorrow we are flying back home to Spain. Time passed so quickly and somehow we wish we would have additional couple of weeks to spend here.

Today I am going to share probably the most famous Swedish recipe calls "kanelbullar" which are Swedish cinnamon rolls. My mother in law is making the best kanelbullar in the world if you ask me and Pablo and my husband and so on....she has quite a big fan audience when it comes to this fine yeast dough pastry. After so many years I was finally involved in the making process and learned some cool tricks from her, which I am going to share with you too. The yeast dough is done with fresh yeast, I am usually using dry yeast, as I am not always sure how to treat fresh yeast, my mother in law showed me a trick which makes it so easy to use and I think from now one I will use fresh yeast more often....

Pablo was helping us with the preparation having so much fun spending some time in the kitchen with his farmor and mom, being involved in the whole preparing process and not only the eating part. I would call this recipe very kids friendly as there some steps which can be done by the kids...starting with measuring the ingredients and putting them into the kitchen aid, sprinkle cinnamon and coarse sugar and of course the testing part...you should see the glow in his eyes when the kanelbullar were ready....priceless! 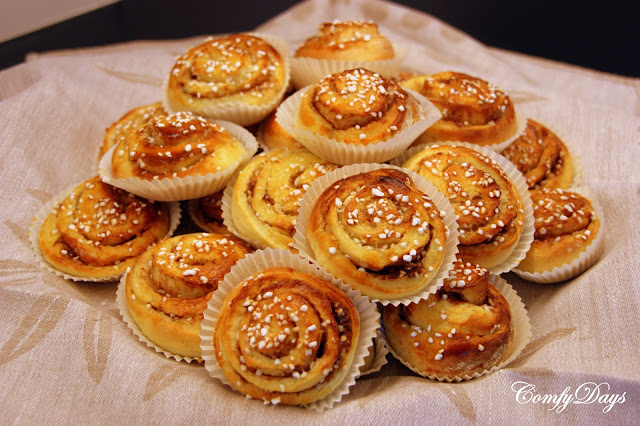 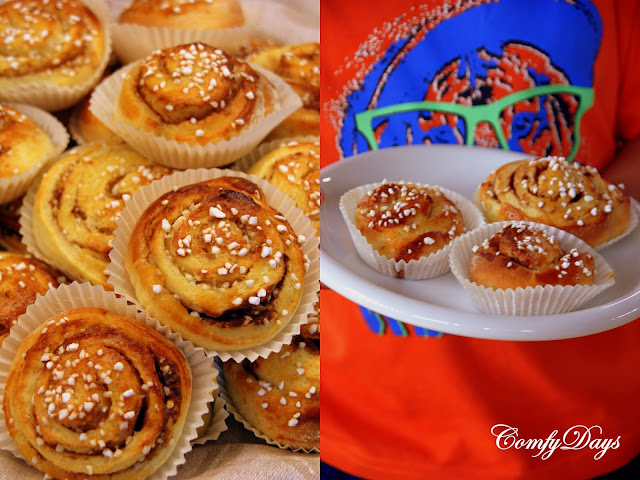 Kanelbullar ( Swedish cinnamon rolls)
Put the yeast with 1 teaspoon of sugar into the kitchenaid bowl using the paddle attachment and mix for half of a minute, till the yeast becomes all liquid (first trick from my mother in law). Add warm milk, sugar or sugar syrup, salt and one part of a flour, mix for a minute. Add cardamom, butter and another part of flour (leave about 100 g out), mix till all well combined. Check on the dough if it is still a bit too sticky, add more flour...spoon wise. The dough should not be too sticky but also not too firm. Cover the bowl with a clean kitchen towel and let it rest for 30-40 minutes till doubled in size. Please make sure there is no air draft, which is not good for the raising process.
Preheat the oven to 180C and put about 16 paper muffin cups on a baking tray. Divide the dough in 2-3 equal parts. Take one part of the dough and roll it to a square, using more flour to prevent the dough to stick to a surface. Spread a very thin layer of butter, sprinkle cinnamon and coarse sugar on top (another trick from my mother in law, as too much butter and normal sugar will be too runny) and roll it up to a dough roll. Cut the roll in equal size pieces. Put one piece each into a muffin paper cup, brush it with a beaten egg and sprinkle more coarse sugar on top. Bake for ca. 15 minutes till all golden brown. Proceed with the rest of the dough as described above. Serve the kanellbullar still warm with a glas of a cold milk...

You will get lots of kanelbullar out of this recipe so you can either half the recipe or freeze the baked kanelbullar (after they cooled completely). They are perfect to freeze and can be stored in the freezer for a couple of months. You can either heat them up in a microwave or oven and they will still taste like freshly made (also a trick from my mother in law). 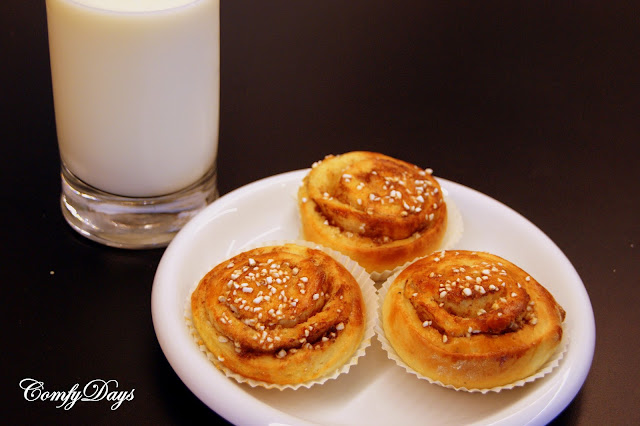 After being so productive in the kitchen, we actually did the double of the recipe...so you can imagine with how many kanelbullar we ended up and having quite some of them for an afternoon coffee we decided to have a walk at the beach. That day the weather was not as sunny as before, it was a bit windy and the sea was rather rough and wild...which had a special magic to it. It was just the three of us at the deserted beach of Stennige, which was so cool. We could do some nice picture, exploring some of the unknown corners of the beach, admiring the rough nature, fighting against the wind and working up on all the eaten kanelbullar before.... 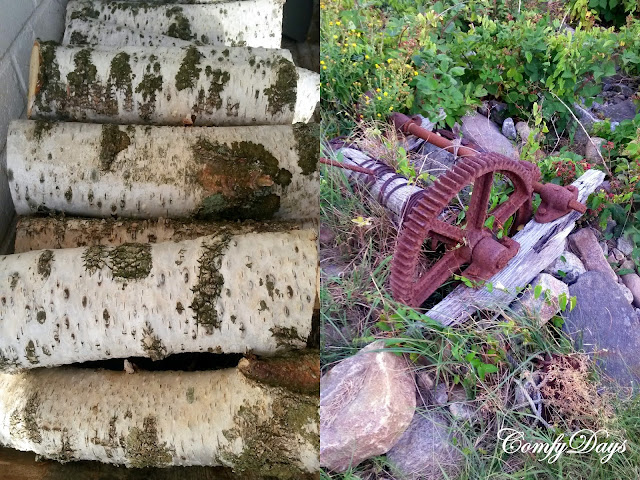 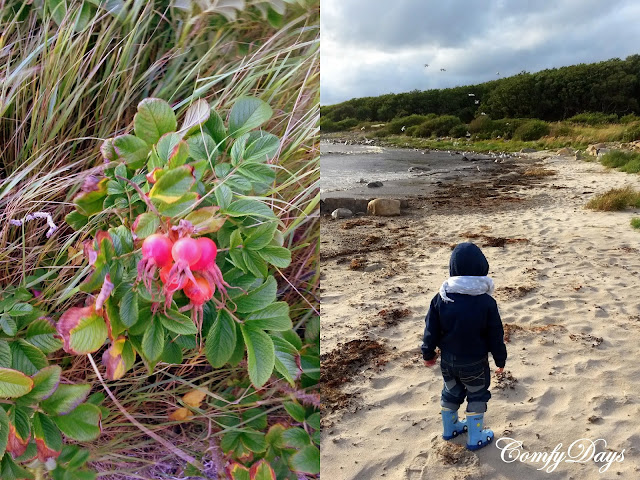 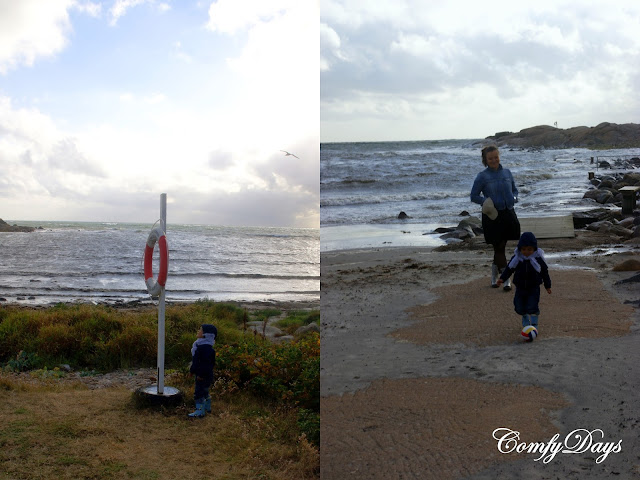 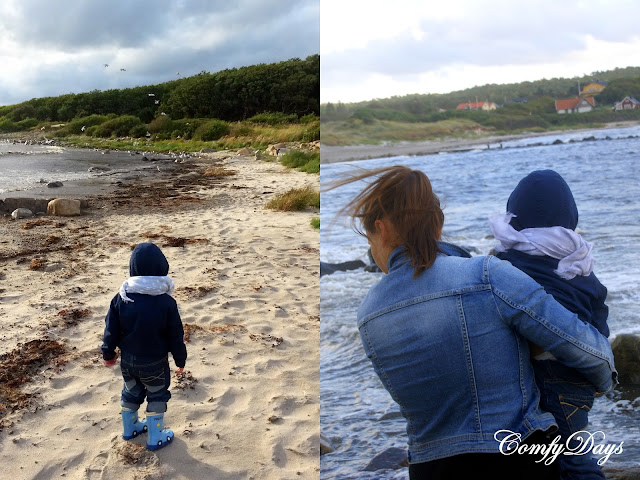 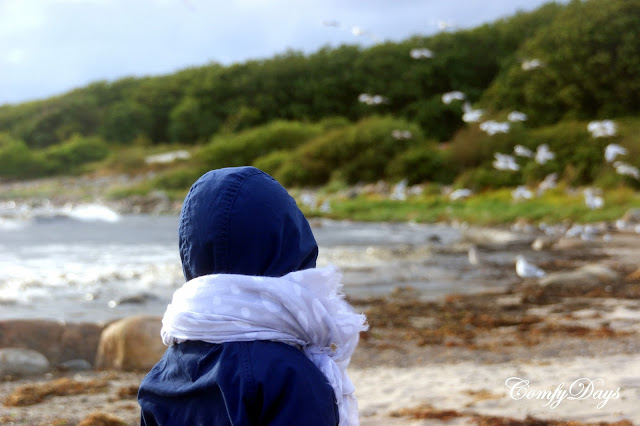 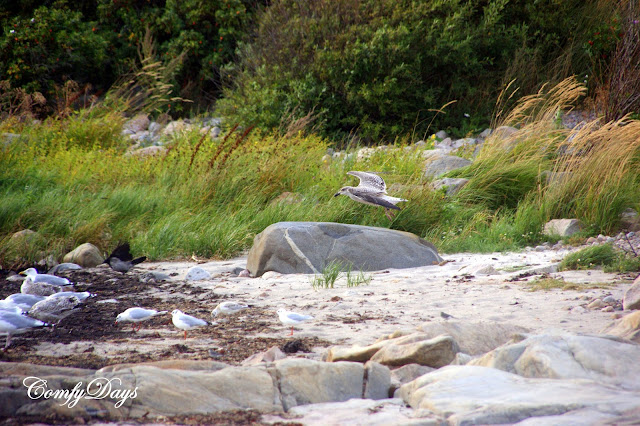 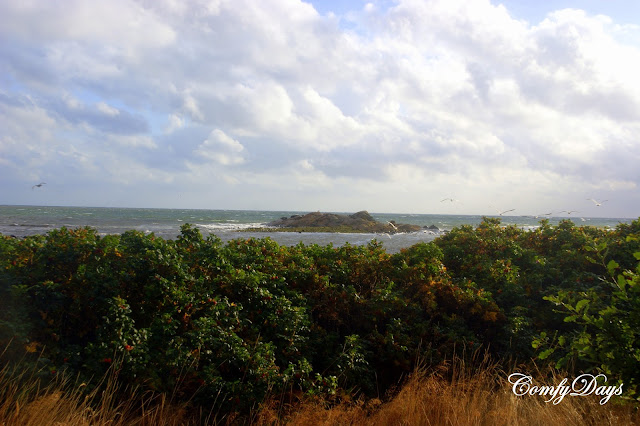 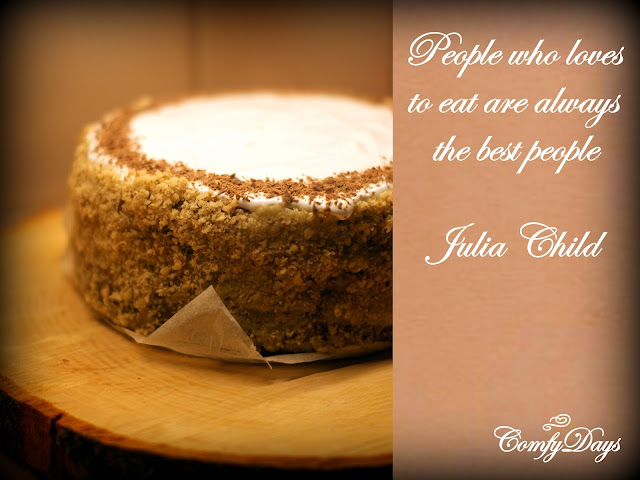 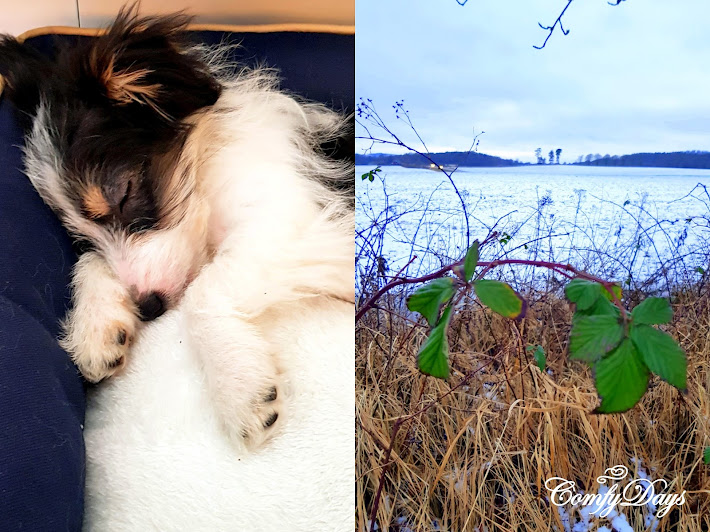 Apple cake for us and doggy cookies for Bella

Shop for my E-book 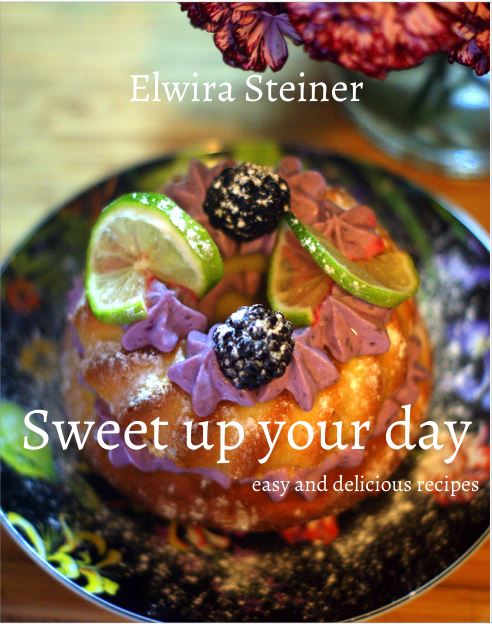